by flixadda 1 month ago1 month ago
1view
0
In a country where wildlife conservation revolves around tigers- the top predator playing a pivotal role in the health and diversity of an ecosystem,  the significance of  snow leopard -an important species, seems to be  ignored and overlooked. Shy and solitary, Snow leopards are found  in India high up in the Himalayas, the source of most of our fresh water and 3 perennial rivers – the Ganga, Yamuna and Brahmaputra, lifeline of  over 500 million Indians. Without the snow leopard, the Himalayan ecosystem will be adversely affected, impacting  the rivers too. Healthy population of snow leopards also indicates good health of the Himalayas .Ignoring this eco -system would be like a Himalayan blunder.

Protect Glaciers  to Save Leopards 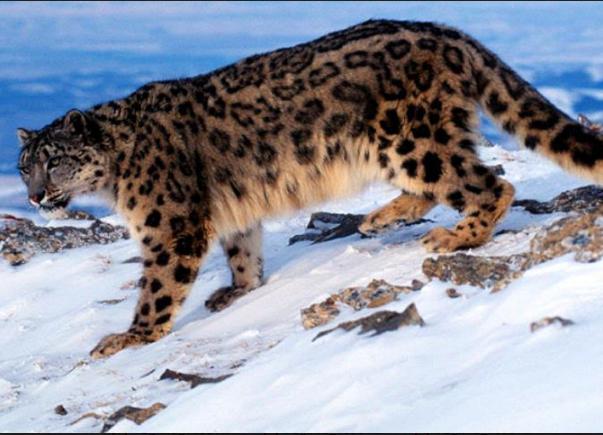 Protecting the snow leopard and its habitat will ensure protection of the major Himalayan Rivers including the Ganga that supports the teeming millions downstream. In the Himalayas, snow leopards live in high alpine areas, mostly above the tree line and up to 18,000 feet in elevation. Former Principal Chief Conservator of Forest  and Chief Wildlife Warden of Uttarakhand Digvijaya Singh Khati said, “ Snow leopards will remain safe if the glaciers are protected”. Ganga or the Ganges originates at Gaumukh in Gangotri glacier in Himalayas. When the ice of this glacier melts, it forms Bhagirathi river which flows down the Himalayas and meets Alaknanda river forming the Ganga. “The Ganges river basin is sometimes considered part of a larger river basin consisting of the nearby Brahmaputra and Meghna rivers. Known as the Ganges-Brahmaputra-Meghna (GBM) River Basin, it is one of the largest river systems in the world”, said National Geographic.

The Ganga flows south and east from the Himalayas, forming a valley as it leaves the mountains. The Himalayas are drained by 19 major rivers, of which the Indus and the Brahmaputra are the largest, each having catchment basins in the mountains of about 260,000 square km in extent and five of the 19 rivers, with a total catchment area of about 132,000 square km, belong to the Indus system—the Jhelum, the Chenab, the Ravi, the Beas, and the Sutlej. Of the remaining rivers, nine belong to the Ganges system.—the Ganga, Yamuna, Ramganga, Kali Gandak, Karnali, Rapti, Gandak, Baghmati, and Kosi rivers—draining almost 218,000 square km in the mountains, and three belong to the Brahmaputra system—the Tista, the Raidak, and the Manas—flowing down another 184,000 square km in the Himalayas. With so much of ecology at stake, one can imagine the significance of the snow leopard.Saving this  graceful cat will guarantee the safety of the gaciers. 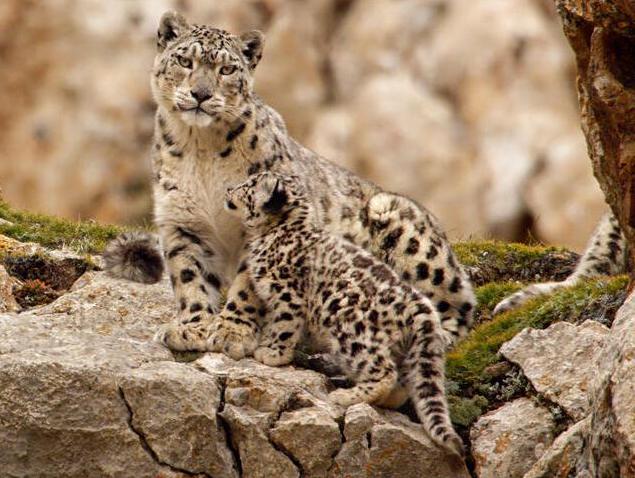 The geographical range of snow leopard encompasses a large part of the western Himalayas including the states and UTs of Jammu and Kashmir, Himachal Pradesh and eastern Himalayas in Uttarakhand, Sikkim and Arunachal Pradesh. For the conservation of the snow leopards also known as the ghost of the mountains ,India has identified three large landscapes: Hemis-Spiti across Ladakh and Himachal Pradesh; Nanda Devi – Gangotri in Uttarakhand; and Khangchendzonga – Tawang across Sikkim and Arunachal Pradesh. Hemis National Park is the biggest national park in India and also has a good presence of Snow Leopard. Their conservation also ensures that the ecological balance is maintained in these fragile ecosystems. Though the government of India has identified the snow leopard as a flagship species for the high-altitude Himalayas, the Project snow leopard conceived in 2009 still needs to be implemented in the letter and spirit.

Global warming is slowly but surely shrinking their habitat which is disturbed by unsustainable infrastructure development. Overgrazing by livestock has led to a decline in wild prey species which in turn is either starving these leopards or forcing them to attack domesticated animals and become victims of retaliatory killing. Besides, they are poached for fur, bones, and other body parts. Recent publications suggest that climate change is likely to affect snow leopards and their habitats severely. Apart from direct changes in temperature and resulting impacts over time, global warming is likely to increase the frequency and intensity of extreme events such as dzuds (severe winters), flash floods, cloud-bursts, landslides and extreme temperatures. Former Union minister for forest and environment Jairam Ramesh said Himalayas are ecologically fragile like Western Ghats. The current tragedy in Uttarakhand,like in Kerala,is aggravated by human actions. Lives & livelihoods lost. Hundreds of crores for reconstruction. This is entirely the result of ‘development’ which is actually eco-destruction. Though India has been one of the leading countries in snow leopard science and conservation efforts, it still doesn’t have a robust and accurate population estimate for the country, much like other 11  range countries of Central Asia and Himalaya  including China, Bhutan, Nepal, India, Pakistan, Russia, and Mongolia. It is critical for India to protect the snow leopard as it has the third largest population of snow leopards- an estimated 500-700. Scientifically robust population estimates for the species are available only for small study areas. Between 221-450 snow leopards are thought to have been killed annually since 2008, that’s about four a week, said United Nation’s Development Program (UNDP), which is also working with the Union ministry of Environment, Forest and Climate Change, as well as  the Global Environment Facility to protect the snow leopard and its habitat through the SECURE Himalaya initiative. It is working closely with local communities and institutions to implement sustainable conservation.

In January 2021,  the UNDP India and Uttarakhand forest department also partnered with the state tourism board and organized  snow leopard tours in Harsil, a picturesque village on the banks of the Bhagirathi river, to promote wildlife conservation.  It was  part of an awareness  Harsil is also known as “mini Switzerland of India”.